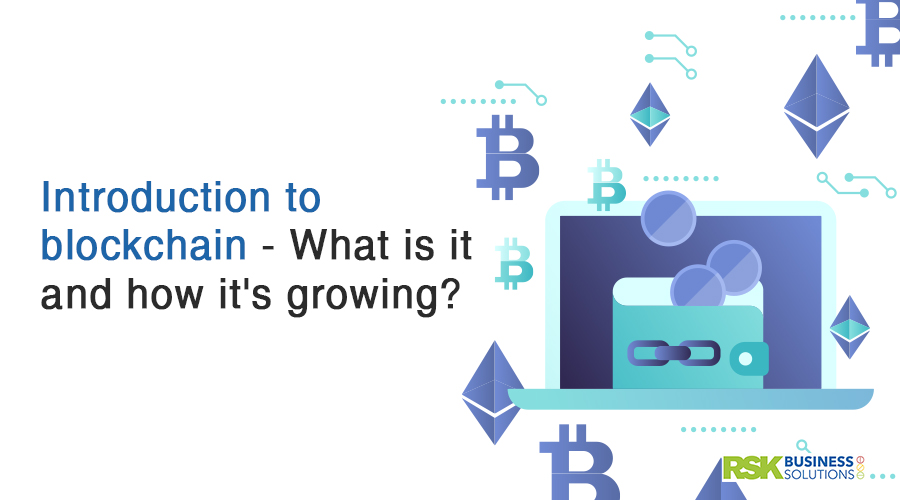 Forget bitcoin, follow blockchain says Forbes magazine. But despite being introduced alongside bitcoin in 2008 by Satoshi Nakamoto, blockchain technologies have received comparatively little attention outside of the tech realm. Yet it continues to be one of the most disruptive technologies today. Blockchain essentially refers to an ever-growing list of records or blocks, which are secured and linked via cryptography. It is an open, distributed and public transaction ledger that records events in a permanent manner that can be verified at any point of time.

To understand why blockchain is so influential and to know more about its future, we must first look at how it works.

Blockchain is the method used to trade digital assets. It is most often associated with cryptocurrency, but it can be used to trade other property or sign contracts. Blockchain depends on two variables – public and private keys.

A public key is used by an individual to receive or send the asset in a trade. This key can be given to anyone. But it cannot be used to access your assets. This is the function of the private key, which should be kept safe.

This binary system means that we no longer have to depend on the trust factor in order to trade. Because you only trade with a public key, you don’t have to worry about them stealing your money. In fact, blockchain is impossible to brute-hack with modern computers, because it is completely decentralized.

Each trade is embedded in a block, followed by a randomly computed hash. This hash connects one block to another, meaning you can’t go back and change the details of a trade. Once it’s placed in a hash, it’s there forever, and it is virtually impossible to convert the hashed blocks into the original data. Copies of each transaction are also listed on nodes, or computers that are involved in the blockchain verification process. But because there are millions of such nodes spread across the world, and the data is hashed, these nodes cannot yet be hacked.

Despite all this, all transactions are verified by the hashing system, and this information is stored on a public ledger. This means that the trade process is completely transparent.

This technology is disruptive and innovative for three reasons: it’s secure, transparent, and fast. Processes that take banks days can take minutes using blockchain, making it highly efficient. And unlike banks and other financial institutions, blockchain does not charge fees – or at least not very high ones.

And let’s take a look at blockchain’s security and transparency. This new ability to trade without requiring trust – because the system requires honesty – means that the middle man is no longer required.

This disruption has caused financial and governmental institutions to run around in panic. By design, blockchain is completely decentralized, meaning no one has control over it, and this makes collecting taxes and enforcing regulations significantly more complicated.

Blockchain’s revolutionary impact has caused some countries to outright ban cryptocurrencies, and stop blockchain in its tracks.

But others are taking the opposite approach.

The future of blockchain

Estonia has integrated security into their E-Estonia program, which allows their citizens to control all of their data and assets digitally. Global banking institutions like Goldman Sachs are looking to research and implement blockchain technologies for internal and consumer use. Blockchain consultancies are rising to the challenge of assisting businesses move to blockchain technologies – with or without cryptocurrencies.

Blockchain is slowly settling down as a dominant and supported financial technology.

As blockchain continues to grow and evolve, it is expected that it will replace modern financial systems – even if we still have banks. Its message to traditional institutions is this: adapt or die. This principle has been true with every new technology, including the more recent ones like computers, email, and digital banking.

There isn’t a question about what blockchain will become in the future. Blockchain is the future.